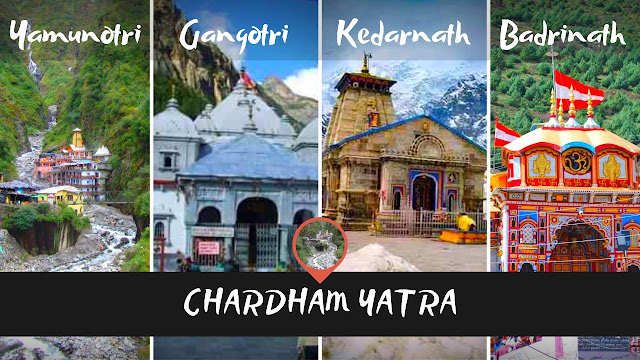 Char Dham is set of four pilgrimage site in India. we believe that visiting these sites helps achieve moksha. Nowadays, pilgrims are strictly required to register on the official website of the Char Dham Devsthanam Board for e- pass for visiting the shrines. To boost religious tourism, the Uttarakhand government has exempted pilgrims of producing Covid-19 negative test report to visit Char Dham shrines.

Ravinath Raman, chief executive officer of Char Dham Devsthanam Board who also happens to be commissioner of Garhwal division of Uttarakhand said, “Now the pilgrims do not need to present COVID negative report to visit any one of the Char Dham — Kedarnath, Badrinath, Gangotri and Yamunotri. “However, pilgrims are strictly required to register on the official website of the Char Dham Devsthanam Board for an e-pass for visiting the shrines.”

The updated guidelines regarding the Char Dham Yatra were released earlier this week. It mentions that pilgrims will have to undergo thermal scanning at the entrance of the shrines and if their temperatures are found to be higher than normal, they will be tested for Covid-19 and will have to bear the cost of the same. The guidelines also state that if any pilgrim develops symptoms similar to Covid-19, they should avoid visiting the shrine while pilgrims travelling to the shrines through heli-services will not need an e-pass.

“This is because their details will be taken by the heli company and shared with the Board and district administration on a daily basis,” said the board chairman.

Pregnant ladies, infants, pilgrims above the age of 65 or below 10 years to avoid visiting the shines, the guidelines further said. In July, the state government issued guidelines allowing pilgrims from outside Uttarakhand to visit the shrines.  According to the standard operating procedure released by the board for travelling to Char Dham, no flower, offering or distribution of prasad is allowed in the four shrines due to the outbreak.

The state government has also put a limitation on the number of pilgrims visiting every shrine per day. The number of pilgrims has been fixed at 800 for Kedarnath, 1200 for Badrinath, 600 for Gangotri and 400 for Yamunotri shrine. Last year, record more than 38 lakh pilgrims travelled to the four shrines of the hill state.

2020-10-01
Previous Post: Reopening: Odisha Is All Set To Reopen Tourist Destinations From October
Next Post: ‘Live Anywhere’ is the latest trend in travel, reveals Airbnb’s Report