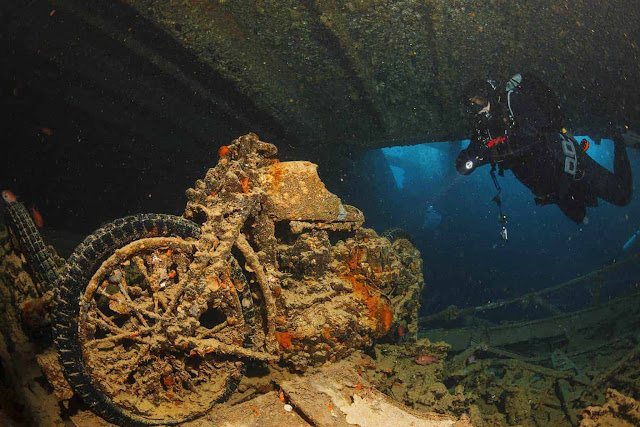 We have heard a lot about mystical nature and some of us are very curious to find them and want to see them very closely. The three elements Air, Water, and land which is filled with a mysterious. I think the best is to explore is water. Water has more mysterious places which are more curious to know. So, the ocean has Uncounted and untouchable hidden secrets.  Ranging from the school of fish to terrifying monsters fishes all are hidden in the big deep ocean. The underwater life is more interesting after the ”Finding Nimo” and ”Aquaman” Films These are the best example to know what else is inside those depths.
A scuba diving lover knows the magic of the ocean. India gains more popularity for scuba diving in the last few years Spots like Andaman and Nicobar, Lakshadweep, Pondecherry and more. Andaman and Pondecherry also have a certification program and train you to become an expert for deep-sea diving.
What Is Wreck Diving
Oceans are cruel many times. Typhoons, high waves currents often damage ships, more are submerged into the big deep ocean’s and settle down on the surface there. Many wrecks site has been discovered in past. Divers are used to satisfied there zeal to enjoy the mysterious underwater life from a very different perspective and the activity known as Wreck Diving.
Best mysterious Places to Enjoy Wreck Diving
The Indian sea route is now the biggest trade routes and has an open relationship with many countries. In the past few years, ships have been discovered in different parts of India coasts. with adventure tourism booming in India, wreck diving is becoming in India, Wreck diving is becoming a more interesting sport among the expert divers.
Also, read https://shwetatom.blogspot.com/2020/04/best-6-enchanted-cave-diving-sites-must.html
1. Andaman and Nicobar 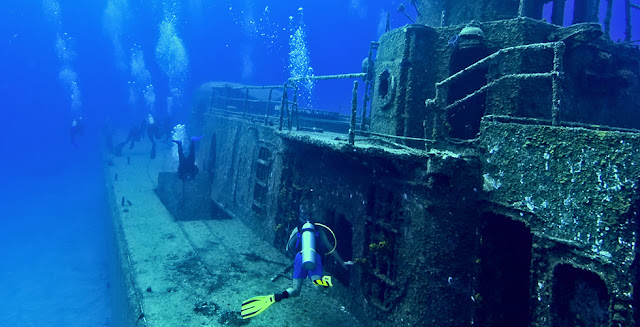 The popular wreck diving site in Andaman is known as Vinnie’s Wreck which is located near Havelock Island. Compared to other sunken ships, this is fairly new, only 30 years old. This is the only shipwreck where going inside the ship is not possible since the metal has not started rotting yet. Still, it is a great spot to enjoy colonies of fish as the wreck site is slowly being converted to an artificial reef.
Other popular wreck sites include the Inket at Duncan Island. Inket was a Japanese Ship stationed here during World War 2. The clear water offers uninterrupted views of the hatches and cargo hold area.
How to apply – Barefoot Scuba and Lacadives conduct a number of diving programs here along with training sessions for beginners and advanced levels.
2. Pondicherry 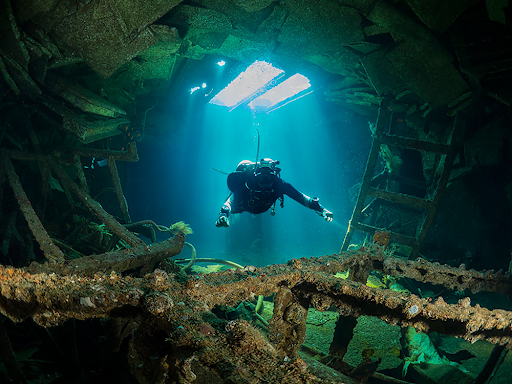 Pondicherry is on top because it is the most accessible of all the places for wreck diving experience. Being an awesome spot for scuba diving in general, Pondicherry has a number of sunken shops settled permanently on the sea’s surface. Many of these ships are from the time when The Dutch and French settlers arrived here and were met with resistance. Today these sunken ships on the coast of Pondicherry serve spots of wreck diving.
How to apply – Temple Adventures conducts diving in Pondicherry. They also provide scuba training which a much better option than travelling all the way to Andaman and burning a huge hole in your pocket.
3. Goa 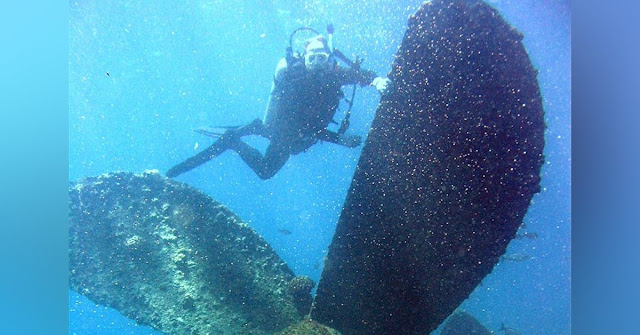 when talking about Shipwrecks, diving and oceans Goa is the best to choose. Adventure lovers can head to these dive sites where many old Portuguese ships are still lying on the surface and many of which have now turned into artificial corals. Many believe that different corners of Goa are dotted with more than 600 shipwrecks. St George’s Reef Wreck is probably the most popular dive site in Goa. Double Boiler and SS Rita are another two of the wrecks that are popular diving points. SS Rita or Suzy’s Wreck is resting near Grande Island. With time, this British Ship turned into an artificial Coral, providing a breeding spot for marine life.
How to apply – Baracuda Diving and Dive Goa offer a trip to various wreck sites.
4. Lakshadweep

The remotest group of islands is a dream destination for any Indian traveller.  Among all the spots where the diving is conducted, Bangaram Islands is one of the favourites. The reason, it is the site of Princess Royal shipwreck. This 200-year-old British battleship was sunken by the French. Since the water visibility is the clearest in Lakshadweep, it is a fun experience to see the remains of the ship up close which is also dotted by marine life.
Lacadives also conducts diving programs in Lakshadweep while they are mainly based in Andaman. Lak Scuba is also an experienced diving company based in Lakshadweep.
How to apply – You can find out more about diving programs in Lakshadweep with Padi India
5. Vishakhapatnam 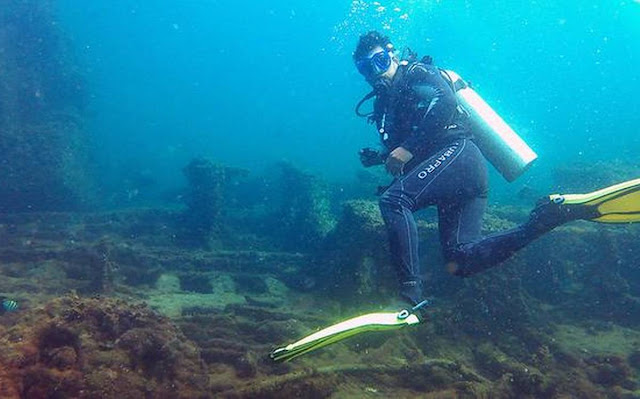 Vishakhapatnam or Vizag is the newest site where a shipwreck was found a few kilometres from the beach. Calm, crystal clear water plays a great role in making the diving experience rewarding. This 150-meter long shipwreck is located near Bheemunipatnam — a fishing village about 45 kilometres from Visakhapatnam. Pakistani Submarine INS Ghazi and Japanese submarine Ro-110 have sunk somewhere near Vishakhapatnam and while they are not accessible, who knows one may get to enjoy an amazing underwater trip in Vizag sometime in future.
How to apply – Livein adventures is one of the experts you can contact for wreck diving in Vizag.
Also, read https://shwetatom.blogspot.com/2020/04/top-5-scuba-diving-places-in-india.html
Happy Wreck Diving!!!
2020-05-19
Previous Post: 8 Destinations You Won’t Believe That Really Existed On Earth
Next Post: Explore The Best 6 Highest Peak Of Himalayas In India