Which such magnificent trains pass through the mountains and valleys of heritage. 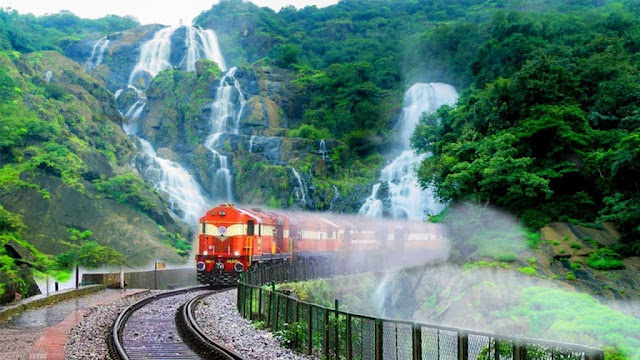 If you are a nature lover then you definitely travel by train. The train ride offers a unique travel experience that offers excellent views of the landscape including dense forest, grasslands, river and mountains. However, some routes are extremely dangerous and can leave you spellbound when you travel through it. These train rides provide some spectacular views and other dangerous stretches around the world. 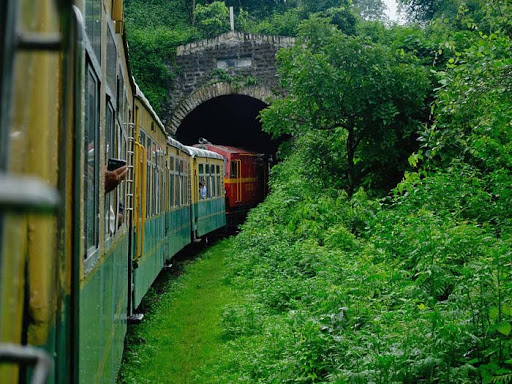 One of the oldest train routes in India, Steering through steep rolling plains and breathtaking valleys, this Toy Train promised you an unforgettable journey ride passing through 505 bridges, over its entire route of 80 km. The route runs from New Jalpaiguri railway station in West Bengal to Darjeeling via Siliguri, Kurseong, and Ghum. The Darjeeling Himalayan Railway makes steep climbs through several reverses and loops, one of the most breathtaking being the Batasia Loop between Ghum and Darjeeling.  the train affords panoramic views of valleys, pine forests and dramatic mountain peaks. At times the sheer drops below the tracks can be a little unsettling but it’s worth it for those views.
Ghum railway station is India’s highest railway station at an altitude of 2,258 metres.
2. Nilgiri Mountain Railway: Mettupalayam to Ooty 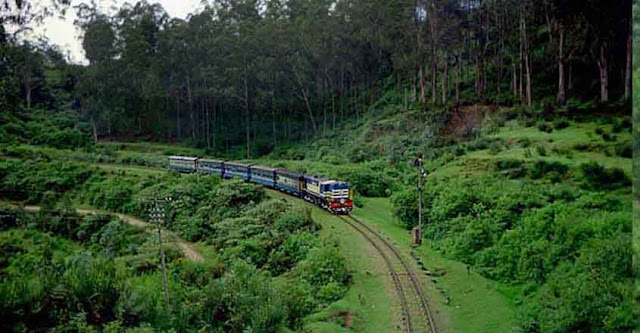 This UNESCO status toy train ride is a popular attraction in south India. It was built by the British in 1908 and until recently relied on steam-powered trains. The five-hour journey to the hill station of Ooty covers 30 miles of green landscapes with tea plantations and forested hills.  The train meanders through lush green valleys and steep curves consisting of 250 bridges and 16 tunnels track reaches heights of 7,000 feet and passes over 250 bridges. At longer stops, it’s possible to stretch your legs and visit nearby waterfalls.
Nilgiri Mountain Railway is famous for the song Chaiyya Chaiyya from Dil Se. You can experience this bliss on your holiday to Ooty. 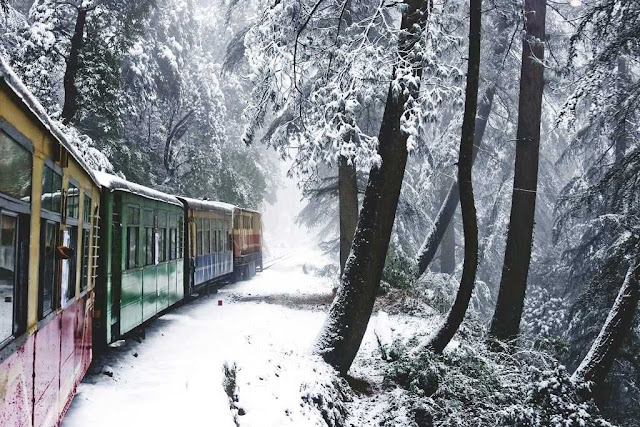 Shimla is the modern capital of Himachal Pradesh and is at an elevation of 2,205 m (7,234 ft) in the foothills of the Himalayas. The Kalka–Shimla Railway has 103 tunnels and 864 bridges. Many of the bridges are multi-arched, reminiscent of Ancient Roman aqueducts, and one bridge, which spans 18.29 m (60.0 ft), is made with plate girders and steel trusses.
The last tunnel #103 is considered to be the longest and one of the most haunted tunnels in India. This incredible journey lasts for around five hours. The Kalka–Shimla Railway joined the Nilgiri and Darjeeling lines as a World Heritage Site in 2008.
4. Matheran Hill Railway: Maharashtra 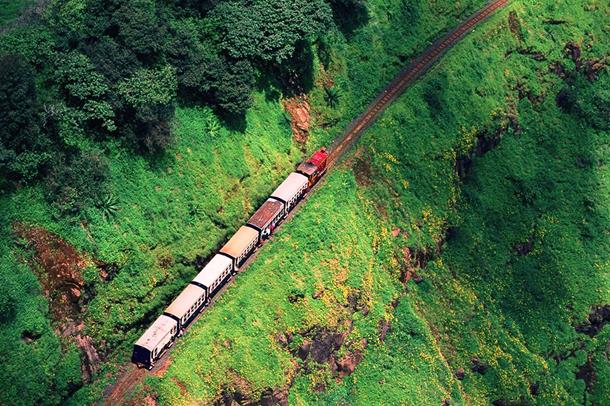 The Matheran Hill Railway cover for 21 km (13 mi) between Neral and Matheran, in the Western Ghats. The route was designed in 1900, with construction beginning in 1904 and completed in 1907.
A unique feature of the line is its horseshoe embankments. Notable features of the route include Neral Station, the first on the route, the Herdal Hill section the steep grade of Bhekra Khud the One Kiss Tunnel (the only tunnel on the route, which earned its nickname because the tunnel is just long enough to exchange a kiss with one’s partner) a water pipe station, which is no longer in operation Mountain Berry, which features two sharp zigzags, Panorama Point; and finally, the end of the route at Matheran Bazaar. The broad-gauge railway between Mumbai and Pune runs near the Matheran Hill Railway.
5. Mandapam – Pumba – Rameshwaram, Tamil Nadu 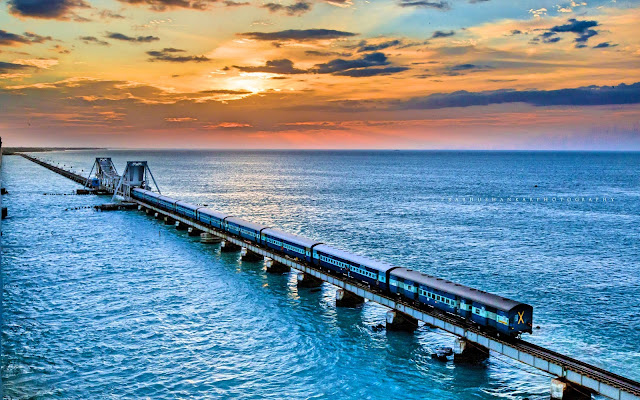 Pamban Bridge is a railway bridge which connects the town of Mandapam in mainland India with Pamban Island, and Rameswaram. It’s also known as one of the most dangerous routes in India because it runs on a thin bridge, this route is exciting and a must-try for those adventure birds. This bridge is known as the second-longest bridge in India. The rail bridge is, for the most part, a conventional bridge resting on concrete piers, but has a double-leaf bascule section midway, which can be raised to let ships and barges pass through.
the route connects Mandapam in Tamil Nadu to the island of Rameswaram and is a route you will fall in love with instantly.
2020-04-17
Previous Post: How to make a magnificent butterfly garden in your balcony
Next Post: Are you a Snow lover? then you must visit 5 snowy places in India