Royal Palaces to Visit in India Which are Embodiment of Royalty 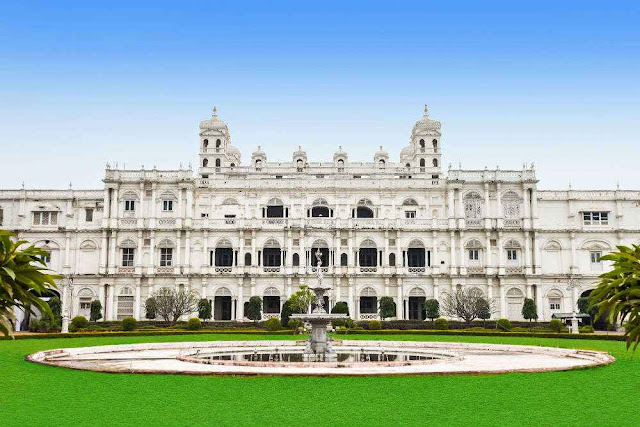 This 19th-century Jai Vilas Palace in Madhya Pradesh is one of the world-famous royal palaces in India. It was once the residence of the royal Maratha Scindia dynasty. Today, this opulent palace is a museum which boasts a splendid collection of personal belongings of the Mughal Emperors. It also has various books belonging to various genres, with some of them dating back to the 18th and 19th centuries.
One of the key attractions here is the Durbar Hall which is decorated with a luxurious carpet. It is said to be one of the largest in the world. It features ornate interiors, embellished with gold and gilt decor. The museum is spread to 35 rooms featuring impressive collections of paintings, textiles, rare artefacts, furniture, sculptures, decorative art pieces, royal carriages, and portraits of the Scindia royal family.
2. Lakshmi Vilas Palace, Gujarat

Built-in the year 1890, Laxmi Vilas Palace in Vadodara is one of the grandest palaces in the state with an impressive Maratha and Indo-Saracenic style of architecture. It is one of the most stunning royal palaces across India, famous for its rich interior and elegant designs. Laxmi Vilas Palace is four times the size of Buckingham Palace in England. It is said that the cost for constructing this palace was at a total of 1,80,000 GBP (British Pound Sterling).
3. Umaid Bhawan Palace, Rajasthan 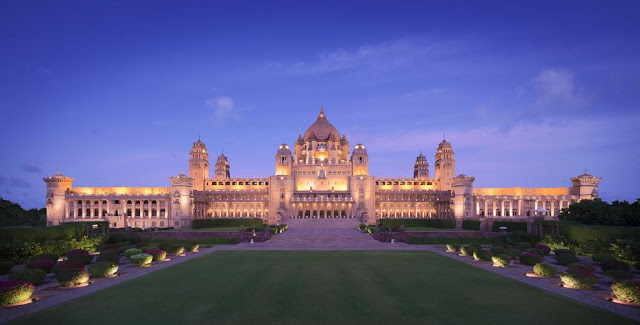 Umaid Bhawan Palace is a gem located in Jodhpur, Rajasthan, famously known as the royal state of India. This palace is the residential place of the royal family of Jodhpur and is believed to be the world’s largest private residences with over 347 rooms. The royal palace is divided into three sections: a luxury hotel, the royal family’s residence and a royal museum. Umaid Bhawan Palace is home to attractive galleries and boasts an impressive collection of various classic automobiles.
4. Jal Mahal, Rajasthan 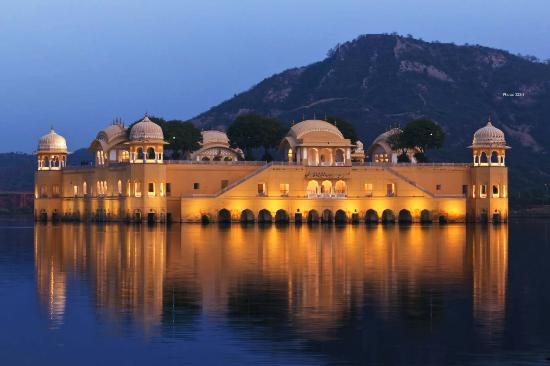 Jal Mahal is Jaipur’s grandest palaces located in the middle of Man Sagar Lake. Built by Sawai Pratap Singh in the year 1799, it is an iconic landmark in Jaipur. Its stunning architecture is a combination of Rajput and Mughal styles. Although the palace consists of five stories, only the top is visible to the spectators. The remaining are submerged underwater.
5. Ujjayanta Palace, Tripura 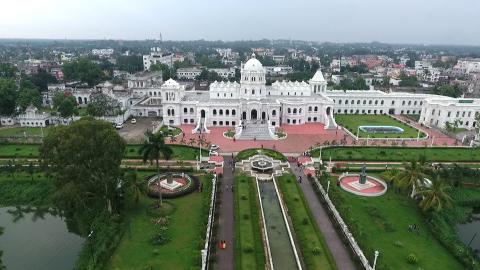 A former palace of the Kingdom of Tripura, Ujjayanta Palace is located in the capital city of Agartala. One of the most stunning palaces in India, it derives its beauty from its grand structure, tile floorings and lovely wooden ceilings. Today, it has been converted into a State Museum which showcases the art and culture of the Northeast. Ujjayanta Palace was built between 1899 and 1901 and covers an area of 250 acres.
6. Bangalore Palace, Karnataka

In order to have a royal holiday experience, one of the finest palaces to visit in India is the majestic Bangalore Palace. It is said that King Chamarajendra Wadiyar was inspired by the Windsor Castle in England to built this palace. This beautiful structure is enclosed by expansive gardens, which complement its beauty. Besides being an important tourist attraction, it also hosts several cultural events like concerts and marriages.
2020-04-08
Previous Post: Gir National Park : A Royal kingdom of Asiatic Lion
Next Post: 5 Best Wildlife Sanctuaries National Parks Near Delhi to never missed